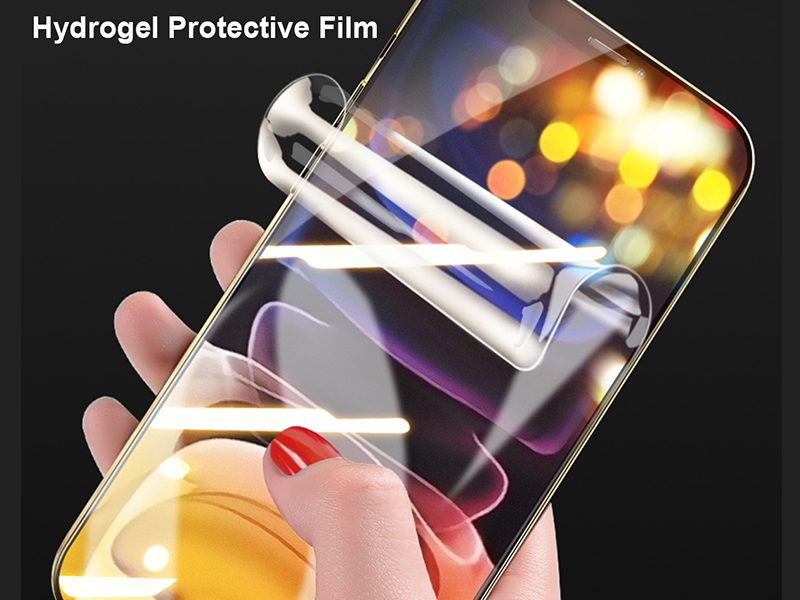 TPU protective film, like this one, glass-proof like 3D tempering, plays the material in rubber and plastic. It is also an environmentally friendly material.

TPU protective film is a polymer elastic material,and a new type of environmental protection material. Its special molecular structure makes it have excellent physical properties, such as: high elasticity, wear resistance, high strength, hardness, ductility, waterproof, Breathable, oil-resistant and mold-resistant. The TPU protective film can maintain elasticity for a long time in the range of -60℃-200℃.

The use and production process of TPU protective film

The difference between tempered film and TPU hydraulic film

We all know that the mobile phone film,is generally more advocated,or prefer to paste the tempered glass film, because compared with the TPU protective film, the tempered glass film is more resistant to shattering, hydrophobicity and oil (applied by fingerprint oil), appearance, and feel are better than TPU film is good, but there are still many merchants who choose TPU protective film factory, why! Everything has its advantages and disadvantages, and tempered film also has disadvantages. The effect of 3D tempered film on curved glass is not as good as that of TPU film.

The 3D edge glued tempered film is to apply glue around the glass to make it stick to the screen, but because there is no glue in the middle, the viscosity is not enough, and it may fall off in five or six days, and the use time is not long.

3D full glue tempered film refers to the whole piece of glass coated with glue to make it better stick to the screen and not easy to fall off. The disadvantage is that it is difficult to paste and bubbles are prone to appear.

Different materials: The hydrogel film is a honeycomb-structured TPU material with super toughness. Because its material is relatively soft, it can only play a scratch-resistant role on the mobile phone screen, and has no anti-drop buffering effect; the tempered film is made of tempered glass.

The scope of application is different: the hydrogel film is suitable for curved screen, because it is equivalent to a soft film, so it will not warp, but the hardness and wear resistance.

Different degrees of resistance to falling: The tempered film is more resistant to falling than the hydrogel film, which can prevent the glass panel from being broken and scattered due to the accidental impact of the mobile phone, reducing the glass panel.

In use, the hydrogel film may also have water ripples that affect the look and feel of the screen, while the tempered film has a higher picture transmittance.