Home » Blog » How to choose a mobile phone screen protector？ 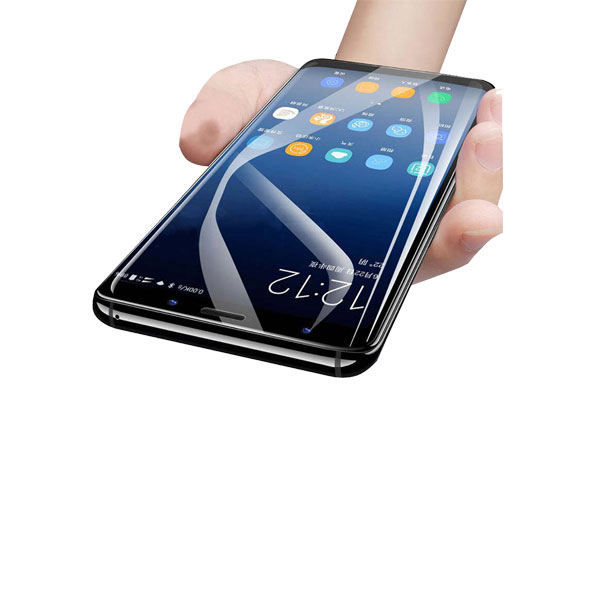 Although in the eyes of some users, the mobile phone film is really worthless, it seems that there is no need to explain the narrative in such a long story. But no one wants to spend money to buy sins!

At present, the mainstream types of film on the market are HD, frosted, diamond, mirror, anti-peep, and tempered. Let’s compare these types of films to see which one is best for you.

High-definition film is more common, in contrast, the transmittance is higher, and it is scratch-resistant, which is the most used.

The high-definition film has a high light transmittance, so it is difficult to find that the screen is pasted with a protective film if you don’t look closely after it is pasted. If you look sideways or facing the light, you will find that there will be rainbow patterns on the screen, but you will not feel it when you are facing the screen. Therefore, high-definition film is more suitable for those who have high requirements for screen clarity!

Advantages: It feels smooth and comfortable to the touch.

Disadvantage: prone to scratches and fingerprints

Summary: suitable for those who have high requirements for screen clarity

The surface has a matte texture, and the hand feeling will be slightly astringent than that of the high-definition film, but the frosted protective film can effectively eliminate glare and rainbow patterns. After pasting, the screen film will be a little darker, and it will not be on the phone screen during use. Fingerprints, fingerprints, etc. are left on it. But because there is no glare, it is more comfortable when looking at the screen.

Advantages: no fingerprints will be stained during use, and it must look comfortable

Disadvantages: the screen film will be a little darker, and the hand feeling will be slightly astringent than the high-definition film

Summary: For friends who have pasted the frosted film, you can try to increase the screen brightness a little, the effect will be better.

There are many flash points on the material of the diamond film, and when there is light, there are sparkling crystals. Silver is low-key and luxurious, golden sunshine is free and easy, the gold diamond film has many golden sparkles, and the silver diamond film has many silver sparkles. Especially in the sun shining extremely, full of personality! Eye-catching as a diamond embellishment!

Disadvantages: reduce the display quality, the price is too expensive

The mirror film adopts a unique mirror coating process. In the standby state, the screen presents a high-quality mirror effect. When the screen background light is turned on, its visual effect will be very clear. The mirror mask can also be used as a mirror while protecting the precious display screen from scratches!

Advantages: Turn off the screen to turn into a mirror, with anti-peep function ~ highly wear-resistant and anti-scratch ~

Disadvantages: When using, you will see a rainbow-like color swirl pattern, if looming, the eyes will be blurred

Summary: Girls who love beauty are expected to consider

The light transmittance is more than 90%, and its biggest feature is the anti-peep function, which is only for viewing directly on the screen, and the visible area is about 60°. It is clearly visible from the front, and only darkness can be seen from 30° left and right, and no screen content can be seen, giving you more protection for your privacy anytime, anywhere.

Advantage: Anti-peeping! The transmittance is also ok, above 80%

Summary: The protective film materials are imported, and the market price is expensive

Tempered glass mobile phone film is a new mobile phone protective film launched in the United States in 2012. It is a high-end new product with the most enhanced protection for the screen protection.

The thickness of this protective layer is only 0.1 mm, which can completely cover the original screen surface, prevent damage and scratches from external forces, and increase shock absorption. Does not affect the video effect of the screen.

Advantages: high hardness, scratch resistance, low toughness, the phone is dropped, and the screen can be well broken

Disadvantages: the four peripheral corners cannot be pasted, and the bubble phenomenon; too thick, affecting the light transmittance, and thickening the thickness of the mobile phone

Summary: There is a high level of security protection for the mobile phone screen

If you don’t know which one to choose, choose HD film. Although the appearance is relatively ordinary, the display effect of the screen is the best. Girls can choose a mirror mask, and the screen can be used as a mirror, which is more practical. The frosted film is not recommended for everyone. The price of the diamond film is the highest, and it is an existence that sacrifices the display effect.