Home » Blog » How to choose a screen protector？ 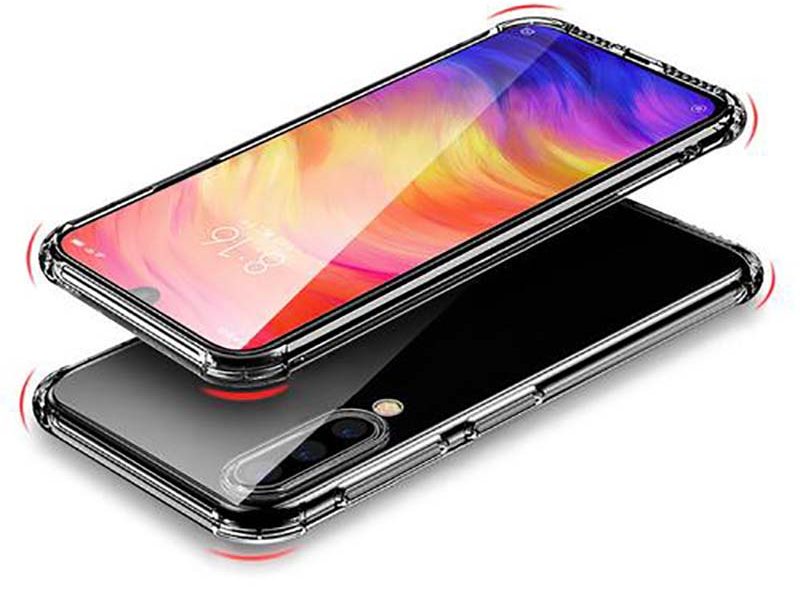 When buying a new mobile phone, the first thing most people will do is to put film on its screen. First, it can prevent the screen glass from being scratched by various sharp objects in life, and secondly, it can also play a certain role. degree of shatter resistance.

At present, there are three main types of mobile phone screen protectors on the market, PET, TPU, and our favorite tempered glass. There are mainly two types of film stickers: dry stickers and wet stickers. The screen film may seem like an ordinary gadget, but do you really know the difference between each material and film method, and the effects they can provide?

In this article, we will introduce this in detail.

PET, short for “polyethylene terephthalate,” is a plastic that comes in many varieties with different uses. In manufacturing, PET is mainly used to make liquid and food containers, but that doesn’t mean PET screen films and plastic beverage bottles are one thing.

The PET screen film is a polyester film with a scratch-resistant matte coating on one side and a silicone adhesive on the other. High-quality PET film has high light transmittance and adds a scratch-resistant layer to the screen, but it cannot provide protection against impact, that is, it is not shatter-proof. Their scratch resistance is no better than Corning Gorilla Glass, which is commonly used in mobile phones, and only scratches against nails, coins, and keys.

The price of PET film is very low, but the disadvantage is that it is easy to change color when exposed to sunlight, and it is also easy to be contaminated with oil stains, and the touch is not as good as glass.

If you want to film an old or cheap mobile phone and only want to provide the most basic protection, then PET film is a reasonable choice. Brand doesn’t matter when buying this type of film, but larger brands still offer a better fit and are less prone to warping or peeling.

TPU (Thermoplastic Polyurethane) is a higher grade screen film, which is a chemically reinforced plastic with properties such as scratch resistance, elasticity, higher strength, and oleophobicity. Because it is an elastic material, TPU also has a certain degree of “self-healing” ability and can also absorb non-extreme shocks. In other words, it can maintain all or most of its original structure in the face of daily drops and minor scratches. For example, a minor scratch will only leave a small pit in it, and it will slowly return to normal.

Most TPU films will advertise themselves as “military grade”, for example, some brands will claim that the material will be used to “protect fighter jets”. This statement is true. Polyurethane protective tape is indeed used to protect devices such as airplanes and windmills, but this does not mean that TPU phone cases and screen films are made of the exact same material. But then again, our mobile phones are not fighter jets.

If you are willing to spend a little more money, TPU film is indeed a better choice for PET film, at least the former can provide better impact protection. It’s also a little better to the touch, although it’s still not as smooth as glass.

Tempered glass is definitely the best choice for screen film. In terms of materials, high-quality tempered glass films are all pressed from multiple layers, the bottom layer is impact-absorbing silicone, then PET film, a clear adhesive in the middle, and finally tempered glass and oleophobic coating. All of this scratch resistance, drop resistance and oleophobicity is pressed into a glass film within 0.4mm thickness that is no harder to stick than PET or TPU and doesn’t add weight.

By any measure, the glass foil is better than the other two options. It has higher light transmittance, making the screen look clearer, anti-reflective, anti-glare, and oleophobic, and has the smoothest hand feel.

Compared with Gorilla Glass 3, the Mohs hardness of tempered glass is generally 8-9, so the scratch resistance is stronger. As long as it is not corundum and topaz, there should be no scratches when in contact with it.

In terms of anti-drop ability, tempered glass is not 100% shatter-resistant, but in general, if the phone is dropped on the ground, it should only be that the film is broken and the screen is not broken. Compared with the high cost of changing the screen, the cost of a tempered glass film is almost negligible.

Tempered glass film is the most expensive of the three types of films, with prices ranging from tens to hundreds of yuan. If you don’t pursue big brands, you should be able to buy good quality products for about 100 yuan. If you just bought a flagship phone, then tempered glass is obviously the most suitable match.

There are two types of screen stickers: wet sticking and dry sticking, and there will be clear instructions on which one to use.

Dry sticking is to fix the protective film on the screen by static electricity, no adhesive is used, and the method is very simple and direct. In short, you’d better go into a dust-free environment (outdoors or a damp bathroom), clean your phone thoroughly, and stick it on the screen.

Most of the dry stickers do not need to be applied successfully at one time. If you find that dust has entered or the sticker is crooked, you can carefully peel it off and try again.

In contrast, the wet sticking method is much more troublesome and complicated. You need to spray liquid on the bottom of the protective film and then stick it on the screen. Because the liquid adds extra weight to the protective film, it can be laborious to apply. But wet stickers are said to be better at avoiding air bubbles and dust, and less prone to peeling.

Armed with this knowledge, the next time you’re shopping for a screen protector for your phone, you shouldn’t feel overwhelmed.

15
Oct,2022
Tempered film Tempered film is a mobile phone film made of tempered glass, which is mainly divided into two categories:.
Read More

29
Jul,2022
If you've decided that a TPU screen protector is right for you, there are a few things to consider.
Read More

01
Jul,2022
A flexible TPU screen protector is an excellent choice for smartphones. These are available in a wide variety of.
Read More

25
Jun,2022
There are many things to consider when buying a screen protector. The following paragraphs will give you an overview.
Read More

21
Jun,2022
If you're looking for a quality TPU screen protector for your iPhone 13 then look no further. Here's a.
Read More

15
Jun,2022
If you're thinking about getting a TPU screen protector, it's good to understand what makes one different from another..
Read More

10
Jun,2022
The smart phones we use today are all touch-screen, and the screen area is gradually increasing. If we don't.
Read More

26
May,2022
Since I changed a curved screen mobile phone and I was not satisfied with the tempered glass screen protector.
Read More

12
May,2022
In the world of digital devices, the constant blue-light exposure from screens affects the health of the human eye.
Read More

11
May,2022
If you're thinking of installing a TPU Privacy screen protector on your smartphone, read on! This article will tell.
Read More

29
Apr,2022
If you are looking to buy a tpu film cutting machine, you should look for a few key features:.
Read More